Two of the only five remaining mature desert elephant bulls that occupied the Ugab region of Namibia have recently been hunted and killed. 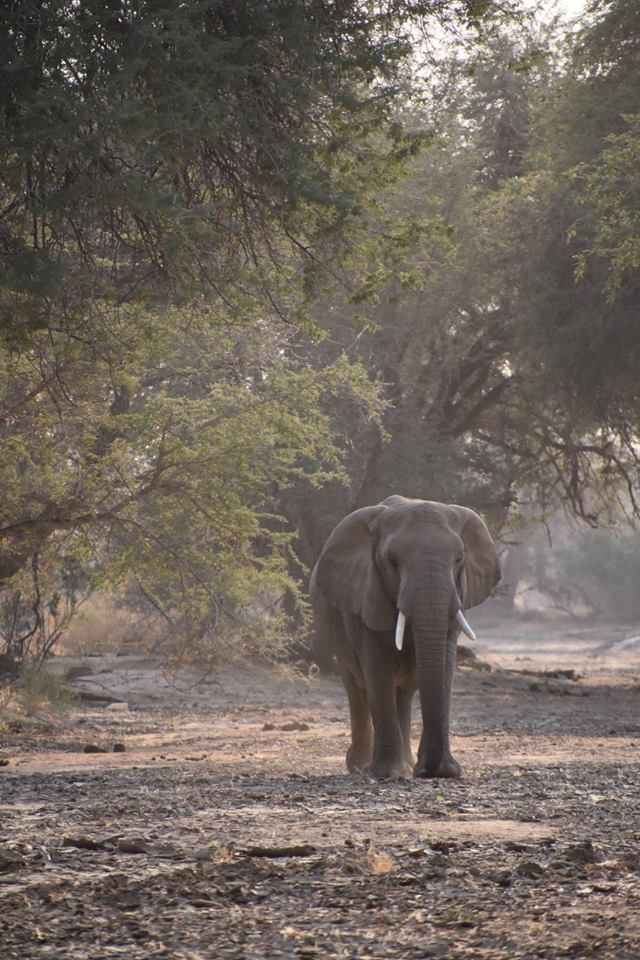 Tsaurab and Tusky, along with another juvenile bull, Kambonde, were shot in the midst of an international outcry and ongoing petitions attempting to halt the killings – an uproar brushed off by the Namibian Ministry of Environment & Tourism (MET) as a “fabrication and misunderstanding over the issuance of permits for the destruction of problem-causing animals,” stating also that the killing of a problem-causing animal is “often the last resort after other alternatives have been tried.”

However, with the killing of Kambonde, supposedly a problem-causing animal, this was not the case.

According to the daughter of the owner of the property where Kambonde was shot, landowners and locals attempted to save the elephant. “We made a lot of effort to relocate the elephant, but the Government refused to give a permit.”

Instead, a hunting permit was issued by MET. But on the day of the kill, the hunter refused to go ahead with the kill because the 18-year-old Kambonde was too small. Instead, the hunter was issued a last-minute trophy hunting permit to shoot Tsaurab, a desert elephant affectionately known for his meek and gentle character and one of only two young breeding adult bulls in the region.

The next day, MET ordered the killing of Kambonde anyway. And, according to a community game guard in Sorris Sorris Conservancy, the animal’s death was a bloodbath. “The elephant had to be shot eight times after the hunter just wounded it with the first shot. The MET warden present at the hunt had to apply the coup de grâce,” or mercy kill.

According to MET spokesperson Romeo Muyunda, problem animals are often outsourced to be killed by paying hunters, as was the case with Kambonde.

Voortrekker, the famous 45-year-old bull, 35-year-old Bennie and 25-year-old Cheeky are now the only bulls of breeding age remaining in the region.

Following the hunting, MET assures “all international followers” that they “have created platforms that incentivize communities to co-exist with wildlife”. As is evident in the case of Kambonde, however, no “co-existence” effort appears to have been considered, despite the relocation option put forward by the community itself.

No reply has been received to a letter and extensive research document put together by concerned stakeholders, including Elephant Human Relations Aid (EHRA), either. The document and letter, obtained through a lodge in the area that participated in the survey, was addressed directly to Minister of Environment and Tourism Pohamba Shifeta and outlined the conservation status, population breakdown, financial value, ecological importance and job opportunities surrounding desert elephants.

MET’s reluctance to consider alternative measures to deal with problem-causing animals is further marred by the absence of a legal checking mechanism which establishes whether an animal in question is indeed “problem-causing,” and whether its killing is indeed the last resort. According to the Earth Organization Namibia, MET may in its discretion declare any wild animal a “problem animal.”

These obfuscations are causing suspicion among conservationists, who argue that MET is being dictated to by outside influences and benefactors, such as the Dallas Safari Club (DSC) Foundation who facilitated the 2013 black rhino hunt in Namibia.

Despite the backlash spurred from the aforementioned hunt, Namibia’s MET and the US trophy-hunting group DSC earlier this year signed a Memorandum of Understanding aimed at “promoting” Namibia’s conservation hunting and allowing the hunters’ club to help with auctioning off the country’s “old” rhinos, among other hunting objectives.

MET continues to justify the killing of desert elephants through trophy hunting by denying the existence of these adapted animals altogether. In September, Muyunda told The Namibian that there is no such thing as a desert elephant. He says the definition is a mere “marketing tool for tourist attractions or conservationists with the apparent intention of implying to endangerment or eminent extinction of those elephants.”

Scientific, peer-reviewed research suggests otherwise. A study published in Ecology and Evolution in 2016 found not only that the Namib desert elephants were different from their Savanna cousins, but that their adaptations are also not genetically transferred to the next generation, rather through the passing on of knowledge. Morphological differences, like the adapted elephants’ thinner bodies and wider feet, also distinguish them from typical Savanna Elephants, which MET claim them to be.

EHRA’s annual report for 2016 also showed that only 62 desert-adapted elephants remained in the Ugab and Huab river region. Muyunda, on the other hand, says Namibia’s elephants are not at risk at all.

*This article was originally written for and published by Conservation Action Trust.